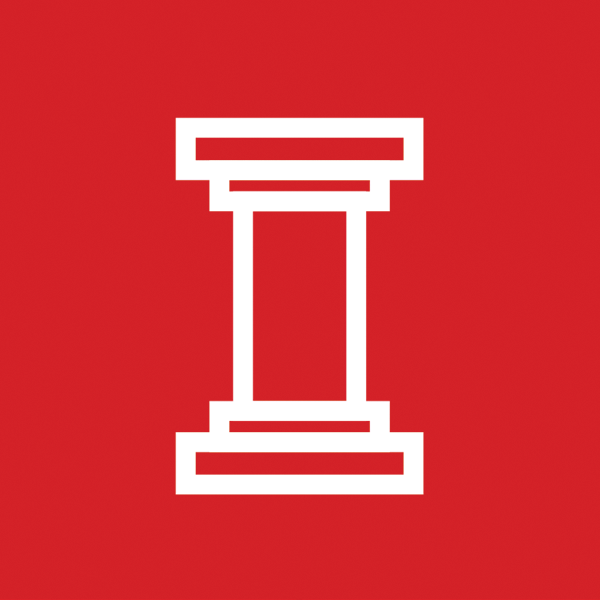 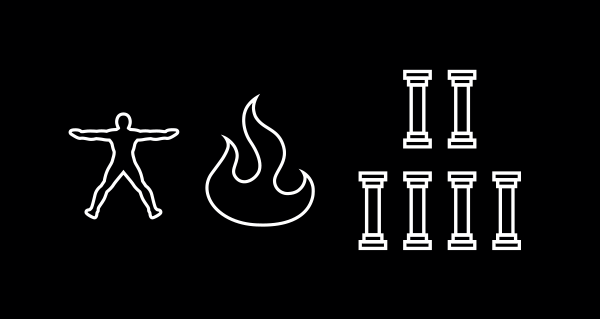 “The axis mundi (also cosmic axis, world axis, world pillar, center of the world, world tree), in certain beliefs and philosophies, is the world center, or the connection between Heaven and Earth. As the celestial pole and geographic pole, it expresses a point of connection between sky and earth where the four compass directions meet. At this point travel and correspondence is made between higher and lower realms. Communication from lower realms may ascend to higher ones and blessings from higher realms may descend to lower ones and be disseminated to all. The spot functions as the omphalos (navel), the world’s point of beginning. The image relates to the center of the earth (perhaps like an umbilical providing nourishment)[citation needed]. It may have the form of a natural object (a mountain, a tree, a vine, a stalk, a column of smoke or fire) or a product of human manufacture (a staff, a tower, a ladder, a staircase, a maypole, a cross, a steeple, a rope, a totem pole, a pillar, a spire). Its proximity to heaven may carry implications that are chiefly religious (pagoda, temple mount, minaret, church) or secular (obelisk, lighthouse, rocket, skyscraper). The image appears in religious and secular contexts. The axis mundi symbol may be found in cultures utilizing shamanic practices or animist belief systems, in major world religions, and in technologically advanced “urban centers”. In Mircea Eliade’s opinion, “Every Microcosm, every inhabited region, has a Centre; that is to say, a place that is sacred above all.”
via Wikipedia (source)

“And the king stood by a pillar, and made a covenant before the Lord, to walk after the Lord, and to keep his commandments and his testimonies and his statutes with all their heart and all their soul, to perform the words of this covenant that were written in this book. And all the people stood to the covenant.”
2 Kings 23:3

“…and when they recognized the grace bestowed upon me, James and Cephas and John, who were reputed to be pillars, gave me and Barnabas their right hands in partnership…”
Galatians 2:9 NABRE

“And the Lord came down in the pillar of the cloud, and stood in the door of the tabernacle, and called Aaron and Miriam: and they both came forth.”
Numbers 12:5

“And it came to pass as he prayed unto the Lord, there came a pillar of fire and dwelt upon a rock before him; and he saw and heard much; and because of the things which he saw and heard he did quake and tremble exceedingly.”
1 Nephi 1:6

“And when they saw that they were encircled about with a pillar of fire, and that it burned them not, their hearts did take courage.”
Helaman 5:24

“And again, verily, verily, I say unto you, and it hath gone forth in a firm decree, by the will of the Father, that mine apostles, the Twelve which were with me in my ministry at Jerusalem, shall stand at my right hand at the day of my coming in a pillar of fire, being clothed with robes of righteousness, with crowns upon their heads, in glory even as I am, to judge the whole house of Israel, even as many as have loved me and kept my commandments, and none else.”
D&C 29:12

“I saw a pillar of light exactly over my head, above the brightness of the sun, which descended gradually until it fell upon me. It no sooner appeared than I found myself delivered from the enemy which held me bound. When the light rested upon me I saw two Personages, whose brightness and glory defy all description, standing above me in the air. One of them spake unto me, calling me by name and said, pointing to the other—This is My Beloved Son. Hear Him!”
Joseph Smith – History 1:16-17

“The pillars of heaven tremble and are astonished at his reproof.”
Job 26:11

“Wisdom hath builded her house, she hath hewn out her seven pillars:”
Proverbs 9:1

“Designed to represent the pillars of heaven, as understood by the Egyptians.”
Facsimile 1 Fig. 11.

“And Jacob set a pillar upon her grave: that is the pillar of Rachel’s grave unto this day.”
Genesis 35:20

“Also he made before the house two pillars of thirty and five cubits high, and the chapiter that was on the top of each of them was five cubits. And he made chains, as in the oracle, and put them on the heads of the pillars; and made an hundred pomegranates, and put them on the chains. And he reared up the pillars before the temple, one on the right hand, and the other on the left; and called the name of that on the right hand Jachin, and the name of that on the left Boaz.”
2 Chronicles 3:15-17