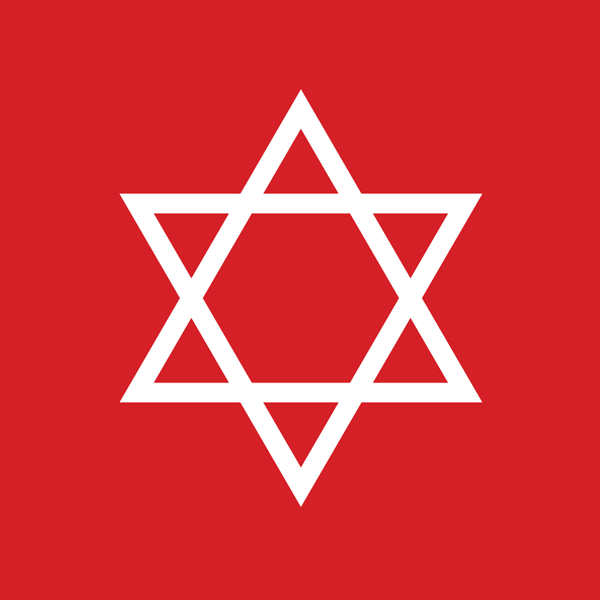 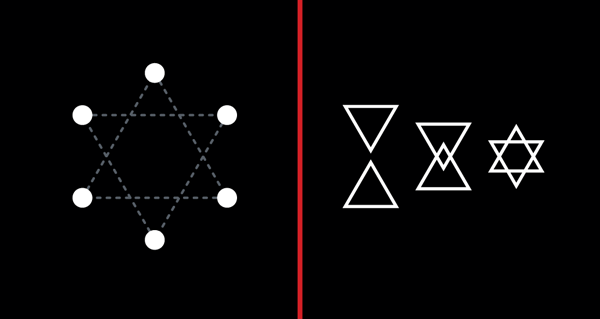 Rendering of how the Nephite Interpreters may have looked

“In some traditions, the hexagram star is the great seal of initiates, signifying rising aspiration from below met by the descent of grace from above.”
Michael S. Schneider, A Beginner’s Guide to Constructing the Universe, 187

“Outside the LDS Church some believe the upward pointing triangle is a male phallic symbol (the blade) and the downward pointing triangle a female vessel or receptacle (the challis). The Hindus and Greeks both used this motif to symbolize male and female creators…A particularly intriguing possibility is that of divine communication between heaven and earth; mighty prayer (sent heavenward), and inspired revelation (sent down to the earth), made possible through the pattern of knocking three times to open the heavens.”
Val Brinkerhoff, “The Day Star: Reading Sacred Architecture” (Book 2), 59

“On the morning of September 22, after Joseph had returned from the hill, he placed the article [the Nephite interpreters] of which he spoke into my hands, and, upon examination, I found that it consisted of two smooth three-cornered diamonds set in glass, and the glasses were set in silver bows…”
(History of Joseph Smith by His Mother Lucy Mack Smith)

Rendering of how the Nephite Interpreters may have looked