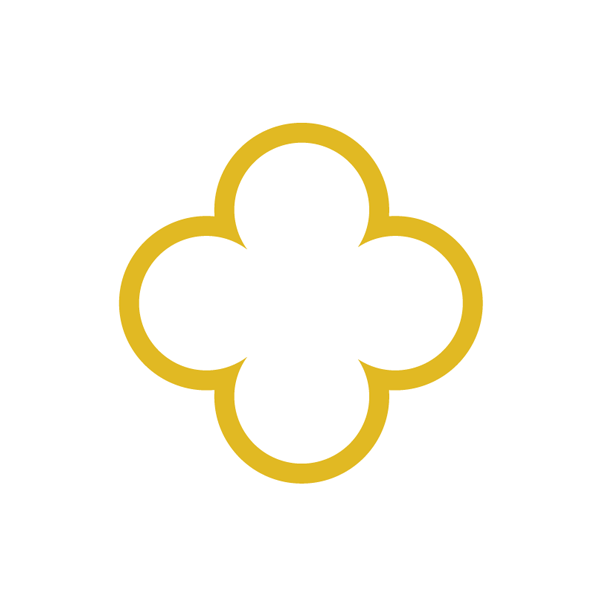 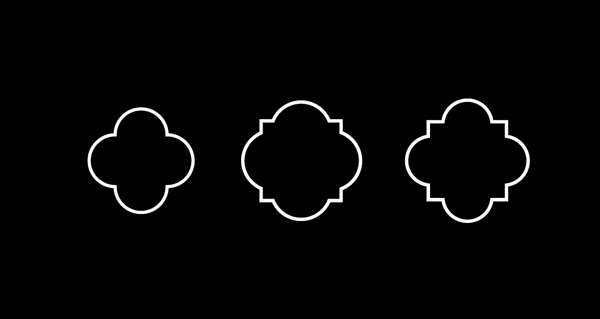 Fusion of Earthly and Heavenly

Although variations of the quatrefoil are used on many LDS temples, from the St. George to the San Antonio temple, it has been difficult finding any information on potential meanings related to this symbol. While the context of each symbol is very important, there are a few things we can observe visually and potentially connect them to doctrinal themes. The “petals” or “leaves” of the quatrefoil may imply the number 4, while the circular elements may imply the number 1, similar to the squared circle. What makes the quatrefoil stand out from the squared circle, is how the 4 and 1 elements are “fused”. Where the squared circle features 2 distinct shapes, the quatrefoil merges them into a new shape altogether. This fusion of 4 and 1 (4 representing the body and 1 representing the spirit) reminds one of the resurrection.

Man + Woman as One

“Therefore shall a man leave his father and his mother, and shall cleave unto his wife: and they shall be one flesh.”
Genesis 2:24

“And they twain shall be one flesh: so then they are no more twain, but one flesh.”
Mark 10:8

“The spirit and the body shall be reunited again in its perfect form; both limb and joint shall be restored to its proper frame, even as we now are at this time; and we shall be brought to stand before God, knowing even as we know now, and have a bright recollection of all our guilt.”
Alma 11:43

See “Fusion of Earthly and Heavenly”

“The word quatrefoil means “four leaves”, from Latin quattuor, four, plus folium, a leaf…The quatrefoil enjoyed its peak popularity during the Gothic and Renaissance eras. It is most commonly found as tracery, mainly in Gothic architecture, where a quatrefoil can often be seen at the top of a Gothic arch, sometimes filled with stained glass.”
http://en.m.wikipedia.org/wiki/Quatrefoil

“The barbed quatrefoil is a quatrefoil pierced at the angles by the points of an inscribed square, which gives an image akin to an heraldic rose, which is termed “barbed” due to the stylized thorns which project at the intersection of each pair of petals.
http://en.m.wikipedia.org/wiki/Quatrefoil