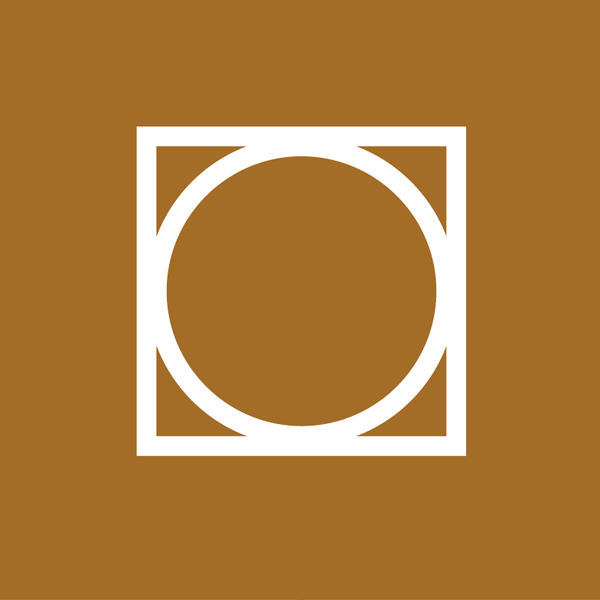 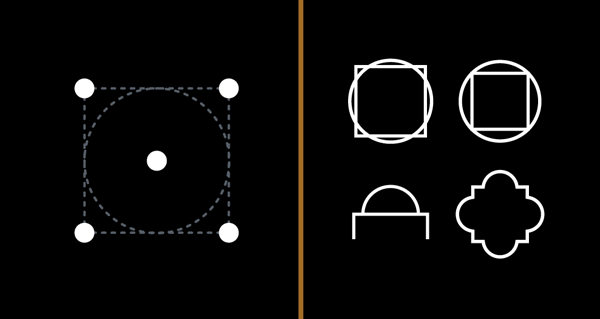 “The “squaring the circle” method of understanding pi has fascinated mathematicians because traditionally the circle represents the infinite, immeasurable, and even spiritual world while the square represents the manifest, measurable, and comprehensive world.”
Brown, James Robert. 2008. Philosophy of Mathematics: A Contemporary Introduction to the World of Proofs and Pictures. 2nd ed. New York, NY: Routledge.

“One scholar has suggested that, since the compass, which is used to draw circles, points towards the bowl of the sky, and that the square, which is used to draw squares, points towards the earth, that the combination of the two symbols represent the powers of God in creating the bowl of the starry heavens and the four corners of the earth.”
Brown and Smith, Symbols in Stone, p. 105

“And because he dwelleth in flesh he shall be called the Son of God, and having subjected the flesh to the will of the Father, being the Father and the Son—The Father, because he was conceived by the power of God; and the Son, because of the flesh; thus becoming the Father and Son—And they are one God, yea, the very Eternal Father of heaven and of earth. And thus the flesh becoming subject to the Spirit, or the Son to the Father, being one God, suffereth temptation, and yieldeth not to the temptation, but suffereth himself to be mocked, andscourged, and cast out, and disowned by his people.
Mosiah 15:2-5

The squared circle shows two opposites composed into one motif, a potential metaphor for unity.